Local government services aren’t optional, but the bedrock of a caring society 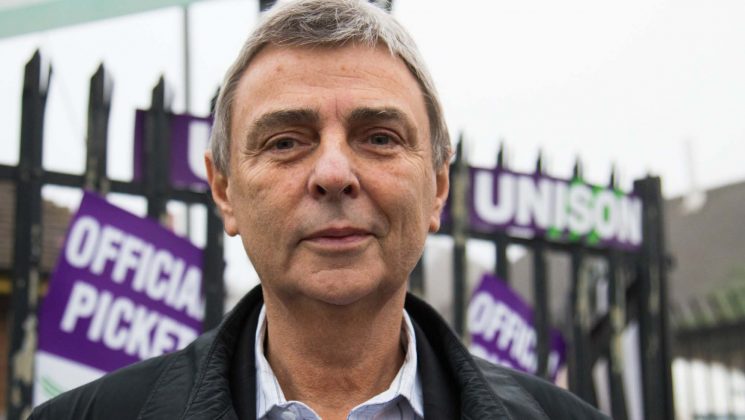 “UNISON is passionate about local government and the half a million council workers it represents – many of them women.

“But local government is all too often forgotten despite the vast range of jobs and the sheer scale of support council workers provide to communities up and down the UK. They really are the country’s forgotten army.

“That’s why UNISON has just launched its local service champions campaign to celebrate the work of the council staff who support each and every one of us from cradle to grave.

“Whether it’s the births, deaths and marriages registrar or the grave digger, the care worker or the caretaker, the youth worker or the park keeper, the housing officer, food safety officer or the refuse collector – local government touches everyone’s lives every single hour of every single day.

“And these are not optional services, but critical ones that provide the bedrock of a civilised and a caring society. A bedrock that’s been so easily ignored by politicians.

“So it’s no surprise that in the ‘splash the cash’ battle between Boris Johnson and Jeremy Hunt, where millions have been promised – for the NHS, the armed forces, fisheries and farming – that not a single penny has been promised, not a single mention made of local government. That says it all for me.

“Being a local councillor isn’t easy at the best of times, especially when local government has been hit hardest of all by austerity. Austerity has always been a political choice. It’s an error that’s caused untold, long-lasting damage to the very fabric of our communities.

“I know it’s been tough for councillors who’ve had to make the most difficult decisions about jobs, services and funding.

“There is no easy fix for local government, if there was we’d have found it by now. But the most pressing concern is easily social care. The sector is in crisis and the elderly, vulnerable and those with the greatest needs are being badly let down.

“From 15-minute visits to no training for staff, and some of the worst employment conditions I have witnessed in years, care workers juggle the complex demands of those they care for.

“Many do so without payment for their travel and others have seen their pay for sleep-in shifts cuts. And yet it’s possible to earn more on the till in Tesco than racing from one client to the next. It’s no wonder so many care workers are always tired and exhausted, left feeling guilty that there’s simply no time to care.

“But ensuring decent care, decent conditions and better pay is only half the problem. Funding and the hidden structure behind many care companies – based on short-term property portfolios, not the longevity of provision – is quite simply a ticking timebomb for the nation’s future.

“Privatisation and outsourcing is a failed, expensive experiment that keeps evolving without any improvement to services. Councils of every political persuasion have done it – some for purely ideological reasons, others couched in the language of cost savings.

“But even when funding is stretched, privatisation is still a false economy. It means worse services that are unaccountable to local councillors, with cost savings – if in fact there are any – gained at the expense of the very workforce needed to deliver that service.

“Privatisation fails the workforce and your communities. UNISON wants to see an end to privatisation in all public services, especially local government. And of course better funding.

“Local government has been starved of cash, with its funding from central government slashed in half since 2010. Councils are at breaking point, with many running out of reserves. The chaos that erupted in Northamptonshire could be replicated ten times over.

“Northamptonshire has become a byword for local government failure. It’s also a salutary warning to those who believe that an extreme low council tax and a high level of outsourcing works. It doesn’t.

“It means a council now having to be broken up at a staggering cost of £44 million, swallowing up other councils who’ve done nothing wrong. It is a warning, a flashing red light on the dashboard of local government that surely says that the time has come to do things differently.”